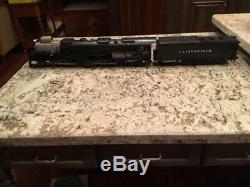 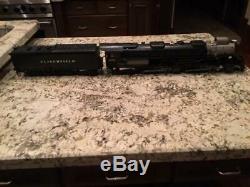 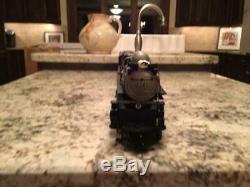 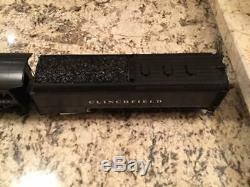 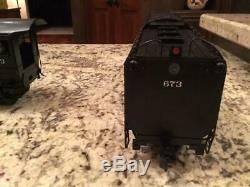 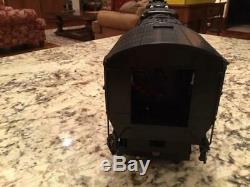 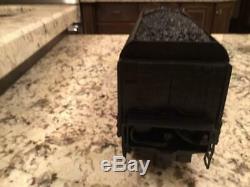 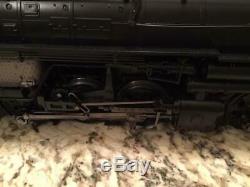 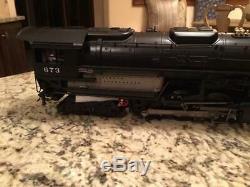 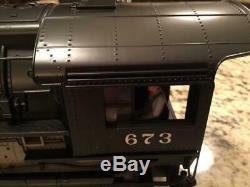 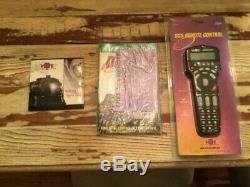 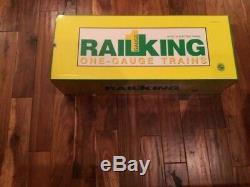 G Gauge RailKing One Gauge Clinchfield 4-6-6-4 Challenger Steam. This engine has only been out of its box to be admired or photographed.

Unit Measures: 25 1/2" x 2 5/8" x 3 7/8. In the midst of the Great Depression, Union Pacific designed and asked ALCO to build the best high-speed simple articulated engines to grace American rails. The 4-6-6-4 Challenger first appeared on UP rails in 1936, and it was clear from the beginning that it could handle tremendous tonnage at high speeds. It was in a round-about way that Clinchfield took possession of their Challengers. Early in World War II, UP entered an order for several more Challengers. The War Production Board refused to let UP have the entire order and diverted six of the new Challengers on a lease program to the Rio Grande, which used the locomotives until the war's end. In 1947, eastern coal hauler the Clinchfield Railroad bought all six Challengers. They moved the Challengers east under their own power and put them to work pulling long coal trains. By 1953, though, steam locomotives were phased out and Clinchfield's Challengers were retired. The item "G Gauge RailKing One Gauge Clinchfield 4-6-6-4 Challenger Steam" is in sale since Tuesday, January 28, 2020.

This item is in the category "Toys & Hobbies\Model Railroads & Trains\G Scale\Other G Scale". The seller is "gwbays" and is located in Pittsboro, North Carolina. This item can be shipped to United States.